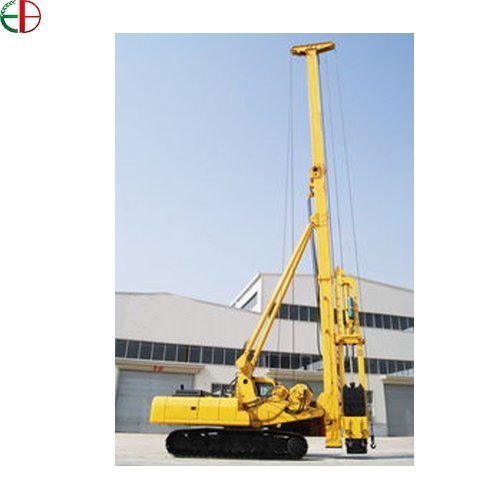 In the 2nd century BC, China had used the original impact rig that used manpower and drilled the cone drill bit to impact the formation with bamboo bow elasticity. It was used in rural China for a long time. It was not until the 1950s that wire rope impact drills were introduced from abroad. In the early 1960s, simple water well drills such as large and small pot cones and punching cones were developed. Before and after 1966, the company began to develop positive-circulating rotary rigs. Before and after 1974, it successfully developed reverse-circulating rotary rigs and compound drilling rigs. In the late 1970s, it created a submerged-hole vibrating rotary drilling rig. In the 19th century, European and American countries mainly used wire rope impact drills. In the 1860s, France first used turntable rotary drills, which were later introduced to the United States and developed rapidly. In the 1950s, the development of a reverse-circulating rotary rig was started. Later, a rotary rig was used to replace the mud as a well-washing medium. In the 1970s, a hydraulic-powered rotary rig was developed. 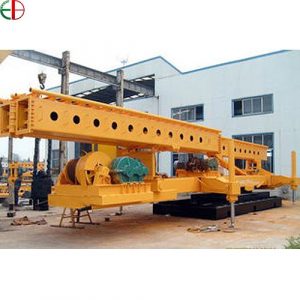 Relying on the vertical reciprocating motion of the drill, the drill bit impacts the bottom of the well to break the rock formation. The structure is simple, but there is no circulation washing system, and the removal of cuttings and the drilling machine cannot be performed at the same time, so the work efficiency is low.

It consists of a mast and a lifting pulley at its top, a wire rope, an impact mechanism, a drill (including a drill pipe and a drill), and an electric motor. During operation, the motor drives the impact mechanism through the transmission device, and drives the wire rope to reciprocate the drill. When moving downwards, the weight of the drill itself cuts the bit and breaks the rock formation, and the upward movement is pulled by the wire rope. The height at which the drill falls is the stroke size.

One is to add an impact mechanism on the basis of the rotary rotary drilling rig, which is mainly based on rotary drilling. When encountering the pebble layer, the two water well drilling rigs drilled by impact have strong adaptability to various strata;

The other type is a water well drilling rig that combines impact and gyration, such as a wind driven downhole hammer rig. The down-the-hole hammer drill used by it consists of a cylinder liner and a piston that moves up and down in the cylinder liner.

In order to adapt to the needs of different strata drilling and improve drilling efficiency, the water well drilling rig is developing in the direction of multi-purpose drilling rig and full hydraulic transmission and operation: that is, one drilling rig is equipped with various equipments and accessories, and can be used in impact type and rotary type. And drilling methods such as down-the-hole hammers; mud washing wells, compressed air washing wells, and positive and reverse circulation well washing methods. 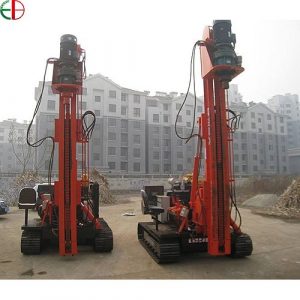 4.There are many types of rigs, but the same way, they are all inseparable from a complete system consisting of them:

a.Power system, equipment that provides energy for a complete set of rigs;

b.Working system, equipment that works according to the requirements of the process;

c.Transmission system, equipment for transmitting, conveying and distributing energy to the working unit;

d.Control system, control each system and equipment, coordinate and accurately work according to the requirements of the process;

e.Auxiliary system, equipment that assists the main system to work.

Drilling rigs are products that are needed all over the world. Some people need water well rigs to drill water wells. Some people need core rigs to take core samples. I talked about the most important rigs for obtaining water resources. Next time I can talk about a rock core rig. 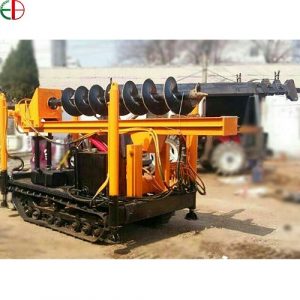