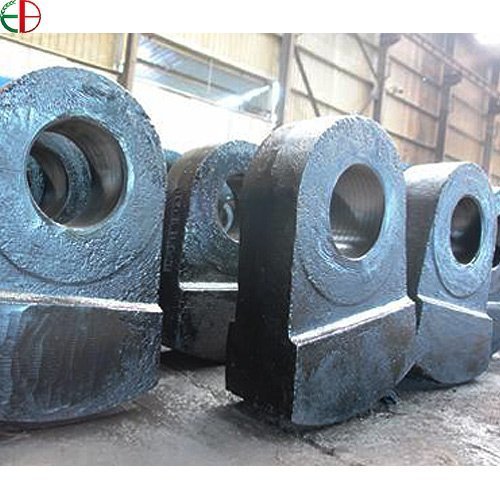 In addition to the austenite phase, there are carbides precipitated in the as-cast structure of the high-manganese steel. In order to obtain high toughness, it must be heat treated to eliminate the carbides within the grains and on the grain boundaries in the as-cast structure. The carbon content of high-manganese steel is usually about 13%. To eliminate the carbide in its as-cast structure, the steel needs to be heated to 1,000. Above C, and keep it for an appropriate time to completely dissolve the carbides, and then quickly cool down. This heat treatment is usually called water toughening. 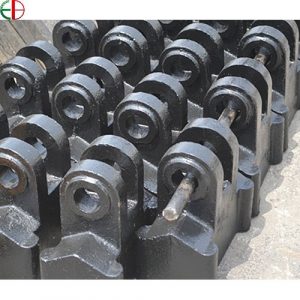 The water toughness temperature depends on the composition of the cast steel and is usually 1050 to 1080 ° C. Excessively high water toughness temperature will cause severe decarburization on the casting surface, and eutectic carbides will precipitate on the austenite grains and on the grain boundaries. Since eutectic carbides are brittle phases that cannot be reheated to eliminate them, they should be avoided as much as possible.

High manganese steel has poorer thermal conductivity than ordinary carbon steel castings, and castings are likely to cause stress when heated; thick-walled castings should be slowly heated. In order to reduce the deformation or cracking of the casting during heating, it is often used in the production of heat treatment at 650 ℃ in advance, and then quickly rise to the water toughness treatment process. 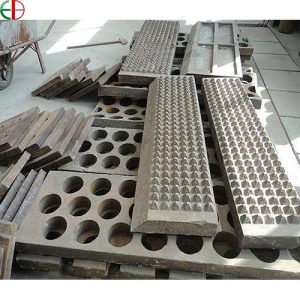 The cooling process has a great influence on the performance indicators and microstructure of the casting. During water toughening, the temperature of the casting before entering the water should be above 950 ℃. For this reason, the casting should not exceed 2 minutes from the furnace to the water, and the water temperature should be kept below 40 ℃. After the water toughening treatment, the tempering can be properly tempered according to the requirements and complexity of the casting, but the tempering temperature should not exceed 250 ° C. In order to shorten the heat treatment cycle, the pre-heating in the cast state can be used for the toughening treatment of high manganese steel. The process is as follows: the casting is taken out from the mold at ll00 ～ 1180 ° C, after removing the core and clearing the sand, the casting temperature is allowed to cool to 900 ～ I000 ℃, and then it is loaded and heated to the furnace of l050 ～ 1080 ℃ for 3 ～ After 5h the water is cold. The treatment process not only simplifies the heat treatment process, reduces the cooling time of the casting in the mold, but also improves the performance of the casting. The impact toughness of high-manganese steel castings using pre-heat treatment is 5% to 15% higher than conventional treatment. The industrial test of the high manganese steel fixed plate used in the crusher (the crushed material is granite and granodiorite, the ambient temperature is 30-40 ℃, and its service life is increased by 50%.

In addition, the high-manganese steel can also be subjected to dispersion hardening treatment. It is suitable for high-manganese steel with added Mo or other carbide-forming elements, such as ZGMnl2Mo2 cast steel, which can be annealed at 580-610 ° C for 2 hours to precipitate carbide-enhanced austenite , And then heated to about 1000 ℃ quenching.

After the water-toughening treatment of high manganese steel, if the carbide is completely eliminated, it is a single austenite structure. Such a structure is only available on thin-walled castings, and generally allows a small amount of carbides within the austenite grains or on the grain boundaries.

The carbides in the high-manganese steel structure can be divided into three types according to their causes: one is undissolved carbide, which is the carbide in the cast structure that has not been dissolved by the water toughening treatment; the second is the precipitation of carbide It is because the cooling rate is not high enough during the water toughening process, and it precipitates during the cooling process; the third type is superheated carbide, which is the eutectic carbide precipitated because the heating temperature is too high during the water toughening process. The first two carbides can be eliminated by heat treatment again, but the eutectic carbides produced by overheating cannot be eliminated by heat treatment again. Castings that are judged to be unacceptable due to excessive eutectic carbides can only be scrapped and are not allowed to be heat treated again.